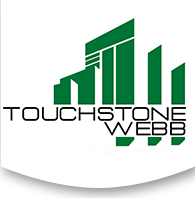 Touchstone Webb is invaluable resource to us getting our property sold for its maximum value.  We owned three lots downtown and had paid taxes on them for over 40 years.  Our lots were in a transition area and we had turned down a neighborhood property owner who had offered us $50,000 per lot.  Touchstone Webb approached us about listing the property, and it was clear that Touchstone Webb had their finger on the pulse of what both government and developers were doing. They also had developed relationships with several key property owners in the neighborhood, and had some listings when they spoke with us.  When they got our listing, Touchstone Webb marketed all the property together as a package which made all the difference in the deal.  During the process we had entered into two different contracts that fell through.  Our third contract was the charm, and because we had two influential developers vying to buy up the block, we ended up closing for four times what we had been offered by the original property owner.  We could not have put this deal together on our own.  Touchstone Webb’s knowledge of zoning laws, knowledge of the process of parcel assemblage, their experience in working with high powered people, and their hard work made it happen.